Let us respect each other 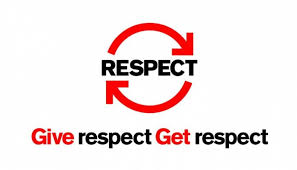 The main factor of a peaceful community is to RESPECT EACH OTHERS. Every body has a certain  level of respect and dignity. If we try to let any body down, he/she will feel insulted and try to take revenge and show his/her anger at any time and in  deep in heart, will not like us any more. And this hidden anger can burst into flames and many occasions it has very serious bad effects. There are many ways it can happen :

A. To shout at any one:  Shouting is not a pleasant way of talking. One shouts for some reasons :

1.He/She is a patient of high blood pressure. In this case his/her blood pressure will rise up immediately up to a dangerous level. Can we take such risk?.
2. He/she believes that he/she can not explain their views/opinion effectively if they speak politely. They speak loudly (almost as shouting) to make the audience impressed.
3. Usually people shout when they are angry for some reason or want to show their anger.

Let us discuss the above, one by one :

2. Speak politely and explain your opinion with good examples. Quote some references. Ask the audience some questions. Bring them into the discussion and respect their views/opinion.

3. When we are angry, no one is effected but ourselves. Anger has very bad effects on us. Why we should kill ourselves for nothing? The best way to control our anger is to keep quiet, and if possible, leave the place.

4. Some time we disagree with ones opinion. Every one has the rights to have any opinion/view. After all  they think their opinion/view is correct. No one follows incorrect thoughts (according to their belief) . It is not necessary that every one follow the the same idea. Some people will reject it. But it is not a fair way to fight with them for their rejection. We should try to convince them with logic proofs. Speak politely and try not to shout at them .
5. Every body believes that his/her faith in God is absolutely right. This topic is very critical. Never abuse one’s  religion. We can’t change one’s  believe by debate. It is better to follow “Live and let live” principle. We can not force to change others’ believes. So why we should waste our time ? If you are a preacher, bear in mind the first rule of  preaching “Speak Politely“.

6. In a country, there might be many political parties and they have their members. The members  definitely agree with the party charter and support/follow the party directives. Two political parties should have different charter and usually the influent members collect the fruit of success. The common  members’ position remains the same as before. Why we should fight with each others for nothing ? I have  a friend who is a loyal follower of a political party. I belong to another party. There is a difference of 180 degree between the charters of both parties. My friend’s party head is a rude and slave of his desires. He has introduced a bad manner culture in politics. I hate him. We both friends never discussed on politics, and our friendship  is growing stronger and stronger. Better we should not discuss our political views with our friends. The differences between views will push our friendship far away. Bear in mind that what we do (good or bad) in our life, our behavior towards others, our sins, our goodness, all will be weighed in the court of God, and no influence or corruption will be allowed. It is better for all of us to be thoughtful about that judgement day.

Last words:
* Live and let live.
* Speak politely.
* Shouting does not help.
* You’ll respect others, others will respect you.
* One who doesn’t respect others, has no respect.
* Respect every one, poor or rich.

May God guide and bless you always