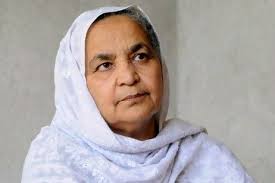 Almighty God created the whole human being from one couple, Adam (male) and Hawwa (Eve- female). Both gender have different peculiarities and body structure. Both have certain jobs to do. The most respectable job goes to  women, to breed human pedigree. There is an old saying “Mother is next to God ” If we go deep in the saying , we will agree to it. A women is either a mother, a sister, a daughter or a wife. All relations are respectful. Let us talk about above relations:

A Mother
When a woman gives birth to a child, she becomes next to God. God is the creator of every thing but a mother is the means of pro generate to breed. Keeping a child in her belly for 9 months and giving birth to a child is a very painful process , a mother goes through. She brings up her child by feeding her own milk and protect the child from any harm. She sacrifice her her rest till the child grow up. She will prefer to be hungry and feed her child if she has not enough food for both. All religions teach us to respect mothers. If any one wants to go to heaven, he/she must respect and serve his/her mother in her whole life  specially when she is old. The strongest and bravest person in the world is not the man who has killed  dozens of men and battled in hundreds of wars. Look closer and think harder because the strongest and bravest person you  know is in the kitchen cooking dinner. She is your mother who endured the most painful feeling on earth  just to give birth to you. A person came to Muhammad (Peace be upon him), the last messenger of God and asked that his parents are alive and are very old. To whom I should respect the most ? The last messenger of    God said “Your mother”. That person asked the same                        question 3 times and he got the same answer “your mother”. He asked that question for 4th time, and  the last messenger of God said “your father”. You can see that mother got 75% of respect and father got 25%. You must have heard a saying  “Heaven is beneath mother’s feet”. We must respect women, they are our mother, sister, daughters or wives, specially the older.

Sisters
Our sisters have the same blood of our parents as their brothers have. There are many examples that sisters died while protecting their brothers. All religions teach us to respect sisters. If father, head of family dies elder brother becomes the guardian of the family, and he is responsible to take care of the family until his sisters are married. Western culture has lost the family ties and respect. Eastern culture is still maintaining the level of respect according to their religious teaching. We should bear in our mind a simple natural rule “If we don’t respect others, others will not respect us “.

Daughters
We believe that a son is God’s gift and a daughter is God’s divine blessing. It is widely approved that a daughter love and serve her parents more than sons. When a little daughter plays in a house, the house look like heaven. The last messenger of God says “If a person has two daughters and he tries his best to fulfill their needs till they get married, that person will go to Heaven”.

Wives
Bear in mind that your wife has left her parents house just for you. Your wife gives birth to your children. She keeps your house clean and good looking, cooks food for you and your children. A man can build a home, but it need a woman to run a house. And that woman is your wife. A sincere wife is a greatest gift of God for men. She serve you and your children. She deserve the respect. Men should respect women because they are their sisters, mothers, daughters or wives. Men should respect women because they are people and
people should be respected regardless of gender, colour, race and religion.

Last Word
A woman is soft, kind and living. When you are in danger, she is always ready to sacrifice herself to save you. So never forget to respect her.