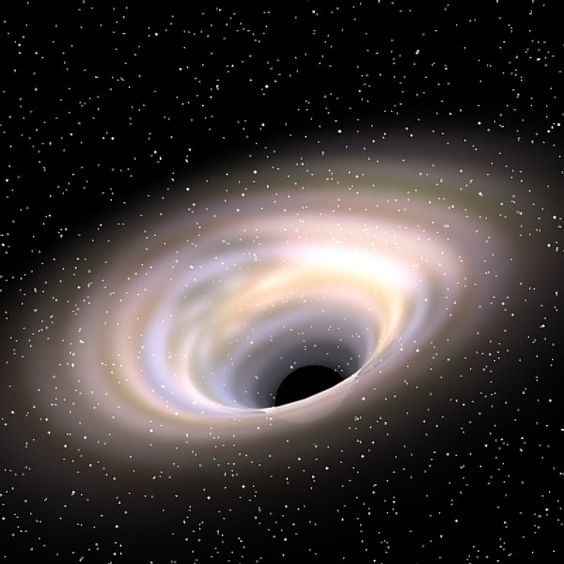 Recently Space Technology specialists achieved a big success when they captured the pictures of a Black Hole. This is the time to know what are Black Holes ?.

What are Black Holes ?

Dr. Stephen Hopkin, a big name in Physics and Astrology  has explained it in simple words. According to him, a Black Hole is known as a path which leads to the next life, or path of death as no body knows what is inside a Black Hole.

When a star reaches to its end, or going to die, it is exploded  and turns to black hole. You might have seen a whirlpool in a river (specially beneath a river barrage), where water circles around a tiny point/center located little bit lower than river water level. If you throw a small wooden piece on the outer edge of the whirlpool , it will float in a circle around  a tiny center at slow speed. Its speed will increase as it  teaches near the tiny center, and then wooden piece is disappeared in that tiny center. In other words, tiny center swallows the wooden piece. Black Hole process is the same. Black Holes are very very large whirlpools which attract the surroundings and swallow every thing . Their centers are dark and surroundings seems to be covered with heavy lights.

When a star is about to die, the whole star is compressed in a tiny area, and its gravity reaches at very high level, it attracts every thing including light. We call it Black Hole. Its gravity depends on star’s mass, more mass, high gravity.

Inside a Black Hole :

Up till now, no body knows what is inside a black hole. Black Hole gravity pulls every thing and nothing can come out of it. Many people believe or think that a path might be behind a black hole which leads to next life or death.

How Big is a Black Hole?.

Black Hole can be big or small. Scientists think, the smallest black holes are so small as an atom. The tiny black holes have the mass of a large mountain. The “Stellar” black hole’s mass can be up to 20 times more than the mass of Sun. There may be many many “Stellar” black holes in earth’s galaxy called “Milky Way “. The largest black holes are called ” Super massive ” which have masses more than 1 million suns together. The super massive black holes in the center of Milky Way galaxy is called ” Sagittarius A “. It has a mass equal to about 4 million suns and would fit inside a very large ball that could hold a few million earths.